Contained in this article are examples of allowances and deductions that are commonly used in ClockOn.

This article contains the following items;

Pays an additional amount of $100 and includes options to pay payroll tax, super, and to only be paid in the pay period.

Reduces the amount of tax paid by the employee within the payroll and redirects that amounts to the employee's net pay instead. The following example reduces it by $100 if this is available within the period.

Increases the amount of tax that the employee is paying within the payroll. The following example will allocate $100 per payroll period from the employee's net payment to tax.

The following example shows how you can set up a portion of an employee's wage to be allocated as a salary sacrifice amount. In this example, the employee is allocating $100 per payroll period to salary sacrifice in order to reduce their before-tax income.

Please be advised that as of 01/01/2020 the ATO has indicated that Super Salary Sacrifice amounts are not to affect the employee's OTE or SGC amounts. As such you will need to ensure that the Include in Super Earnings Base option is unchecked.

The following example shows how to set up an after-tax super co-contribution. This example will allocate $100 per payroll period from the employee's net wage to their superannuation fund.

The following example shows a $100 amount is allocated to a separate bank account per week. 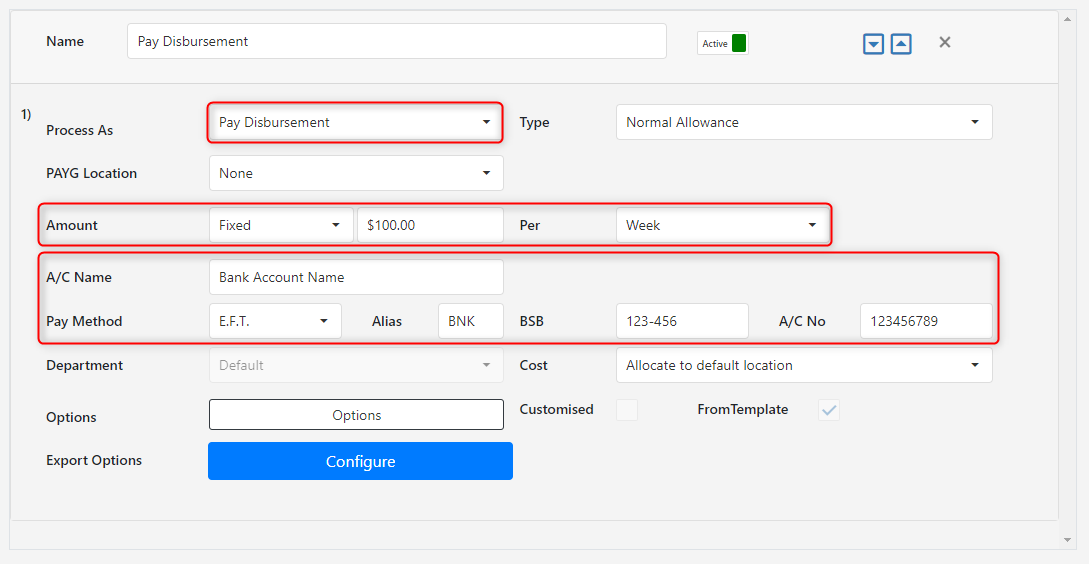 There are two types of child support payments the first being "Garnishee" which is court-mandated. 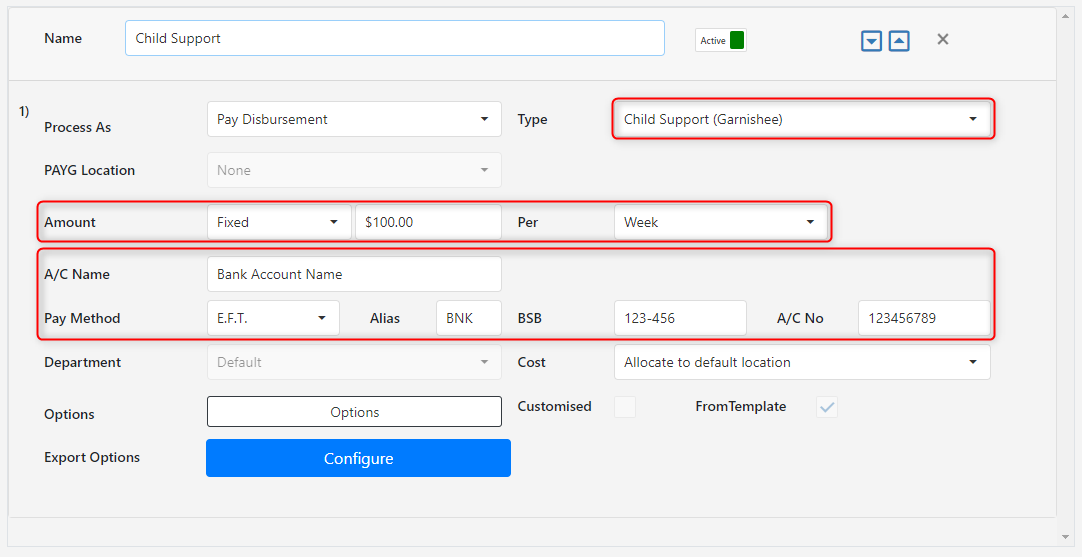 The other is "Deduction" which is done voluntarily or by personal agreement. 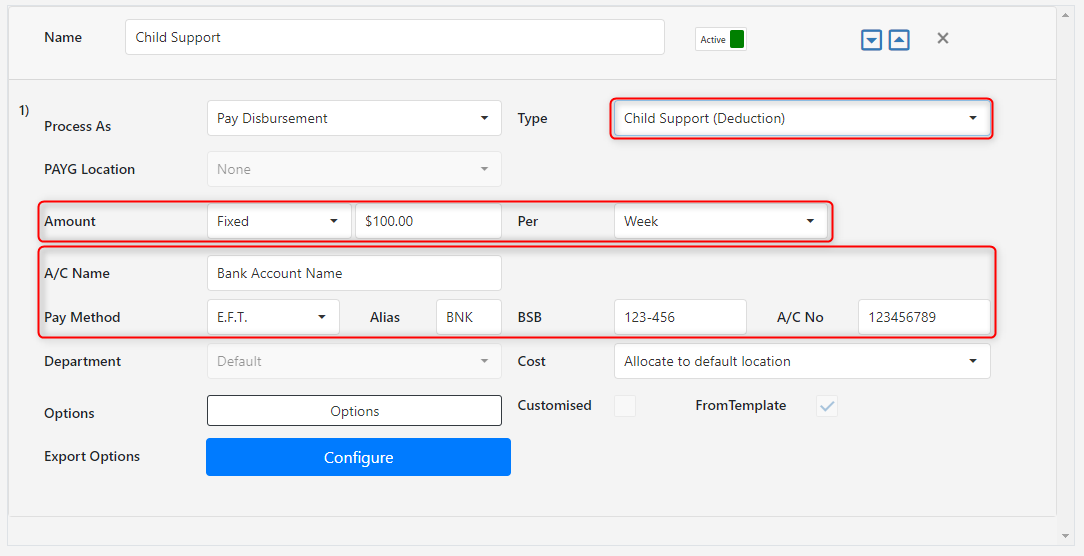 The following is an example of an allowance set to pay an employee an additional $10/h for any time worked after 5 pm. 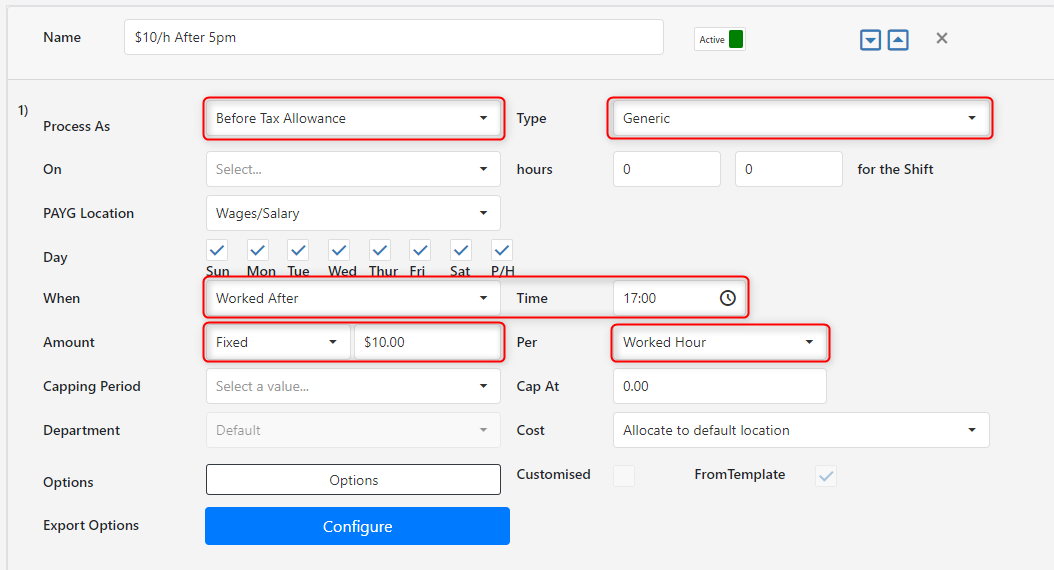 This can easily be adapted to before a particular time, all day, or between a set time range.

The following details an allowance for an additional $10/day if the employee works time after 5 pm. 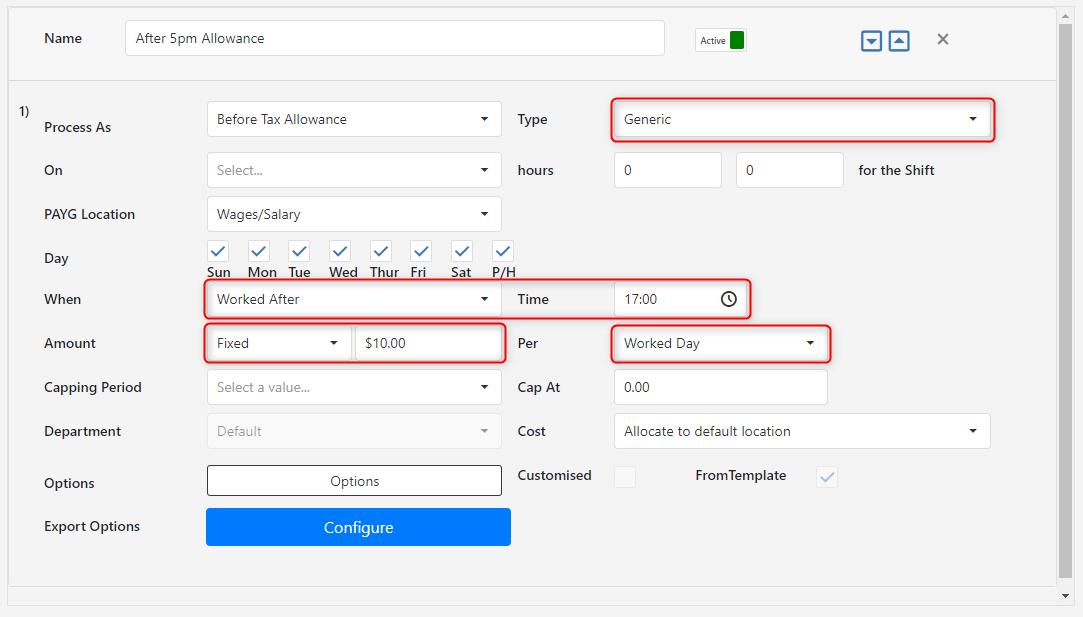 Uses a set amount and allows the user to enter a custom number of hours at payroll. 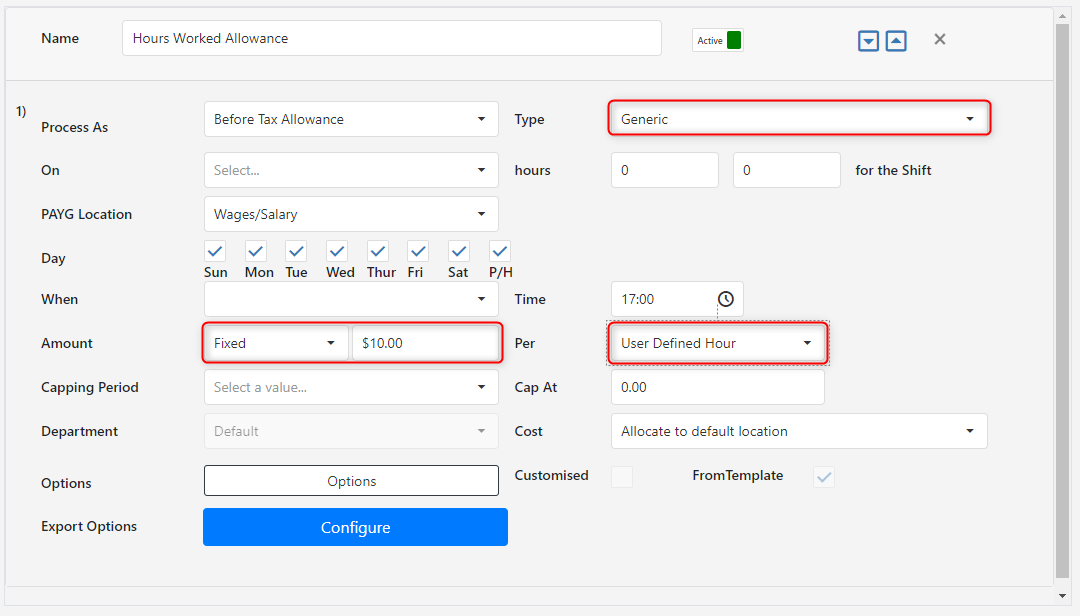 At payroll the user can then indicate the number of hours for the allowance, in the following example, 10 hours has been entered.

The following is an example for a $5/km travel allowance. 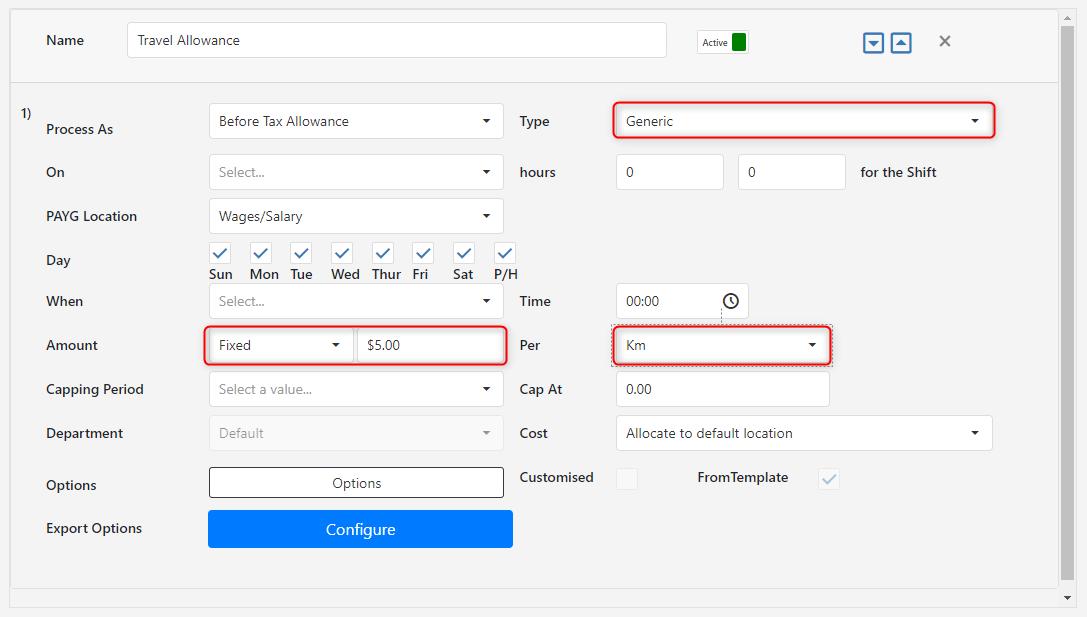 Did you find it helpful? Yes No

Send feedback
Sorry we couldn't be helpful. Help us improve this article with your feedback.
Need more help?  Submit a request